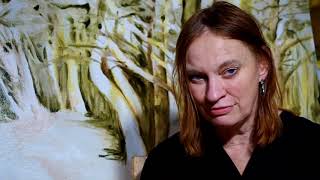 Naturalism (see: Wikipedia) is an international phenomenon that was temporary from 1870 to 1918. It had its climax from about 1870 to 1890. It shows mainly themes from the rural and urban milieu in an almost photographically exact painting style. However, these are probably less the depiction of realistic scenes, but rather constructed pictures that are supposed to represent the real world.

The difference between art and nature should be kept as small as possible. The following applies: The more objective and realistic the work of art, the better the artist.

In addition to Realism, Naturalism is also considered to be socially critically motivated painting. Social grievances are to be uncovered and reality is to be represented as detailed and unembellished as possible. Both want to convey an unembellished truth but differ in the way they are represented. Representatives of realism thus do not really include the negative and ugly in the representation of reality.